I started drinking Diet Coke in elementary school. It was the only kind of soda (or pop, if that’s your preference) my mother drank, so of course I thought it was the best kind. My brothers mocked me as they chose Dr. Pepper, Mountain Dew, and other sugary sodas that teenage boys (and countless other demographics) often gravitate toward. What (my mother and) I didn’t realize was that I was nurturing an addiction that was going to take decades to break.

For years, I was in that blissful “Precontemplation” stage of behavior change. I ate relatively well, exercised, and got plenty of sleep, so I figured I was g-o-o-o-d. I drank diet soda, which had no calories, so what harm could it do? It’s so lovely to exist in a state wherein you believe there’s not actually a change to make, isn’t it? Well, it can’t last forever. And it didn’t… 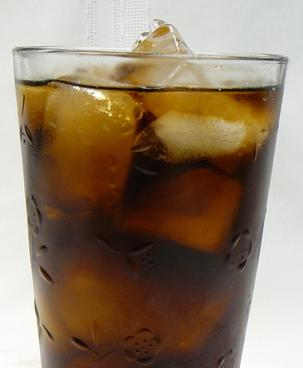 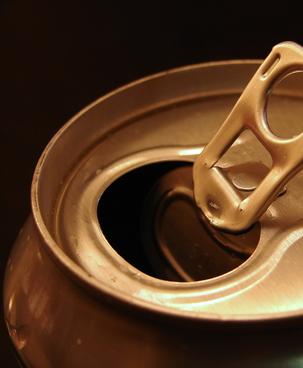 At Cabot Psychological Services, we have a team of trained professionals who can assist you with your mental health needs. Whatever the issue, we can provide you with treatment options. Call or text 952-831-2000, email info@cabotpsychologicalservices.com or complete our Contact form.

Dr. Amanda Mulfinger is the Owner and President of Cabot Psychological Services in Edina, Minnesota. She studied psychology at Harvard University prior to receiving her master's degree and PhD from Auburn University.

Read other articles from Dr. ​Mulfinger

And now we’re in the “Action” stage, and guess what—I’m not in a pit of sugar-substitute-free despair. I discovered a love for sparkling water (my husband just does without bubbles—wow!), found that I craved it less than I thought I would, noticed a significant drop in bloatedness, and generally felt healthier. Most of the “healthier” feeling was psychological—I was just ridiculously proud of myself for doing something that I KNEW was really good for my body. And the side effects—we both ate a little more sugar that first week or so, partly because we wanted something sweet and partly as a reward for cutting out something that was unhelpful for our systems. Because let’s be honest, sugar is not our friend, but it’s not as lethal an enemy as aspartame.

There’s no hard and fast rule for when you enter the “Maintenance” stage, but I can see it coming. Once a new behavior becomes an actual habit, and you just do it because you’re doing it, it’s reasonable to assume your maintaining the behavior. I’m not sure my husband and I are there yet, but I do know that this is will be a process with ups and downs. There are certain meals that really go well with Diet Coke (Mexican—I’m not sure why!), and times of day that it sounds particularly delicious. And then there are times that I don’t miss it at all.

As I move through these stages, I can understand them better with the experience. I’m also reminded of my strong belief in moderation. While I plan to generally go without diet soda, I will have it every so often, when the situation seems right (like maybe when I’m eating Mexican food IN Mexico). But I trust that mindfully observing, and occasionally getting a gentle nudge into, these stages of change helps ease the process, and maximizes your chances of successfully changing a habit. Go ahead—give it a try!

“Um, Honey (that is, my loving and supportive husband), I wonder if I should give up Diet Coke…(please say that’s a stupid idea, please say no…)…” And then I heard “Hey, sounds good. If you do it, I’ll do it.” Well, there it was. I knew how bad it was (risk factor for diabetes, major cause of weight issues, a neurotoxin that wreaks havoc with your metabolic and nervous systems, etc.), and I had just been denied a really good reason/excuse to keep drinking it. Because my husband loves diet soda (at least) as much as I do—I thought he was my failsafe! So, we prepared…for exactly one week. Due to the extended period of time in Contemplation, our Preparation stage was quite brief. We decided to do it, considered beverage alternatives (H2oh!, LaCroix, Kombucha), and chose our quit date: Sunday, 10/16/16. I dreaded it. I savored that last diet soda on Saturday, and mourned the end of all those pre-Action stages of change.

Sometime in my 20s, I began to hear just a little of the mutterings about diet soda, and artificial sweeteners specifically. I was aware that Diet Coke was “bad for you,” made you crave sweets, was a risk factor for some health problems, etc., but I told myself that since I remained basically healthy, I could have “this one vice.” And this extended period of the “Contemplation” stage (sounds like what it is—just thinking about it) felt reasonably good, primarily because it was shrouded in denial.

And then one day, my very kind and gentle massage therapist, who’s basically a health guru, learned that I drink Diet Coke. “Oh, so you know the research about it, right?” Um, not really, I had to say, because I had semi-consciously chosen to NOT know the research, at least not in detail. She also let me know that it could be impacting some occasional feelings of un-wellness that I was experiencing, as well as that extra-bloated feeling that I often got to enjoy. She sent me the articles, I avoided them for two weeks, and then I read them. Enter the “Preparation” stage, which looked like this: